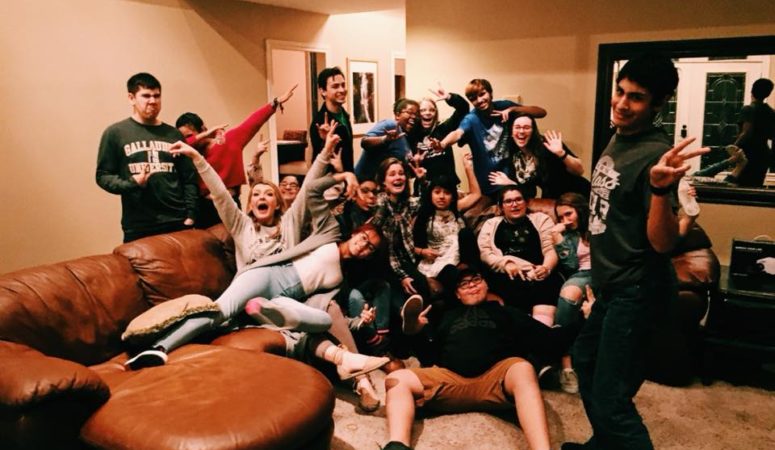 I woke up in awe. The Spirit convicted on 2 inner conflicts I face all the time. By 9:30am, I felt both sides of my heart in war.

“You don’t set yourself up for miracles if you don’t live outside the confines of your own safety net.”

By 10:30am, I have encountered the negative Christian who names every impossibility of the situation and lists off every reason “why it is not going to work.” This is one of the saddest things to me in a community of believers. It is degrading to our God and also it tears down the hopes in other people’s God dreams.

I have also had conversations with people who are facing giants and live in an overwhelmed state of what God is bringing them to bring about into a reality. They have listened to the Spirit and the gentleness of leading (or sometimes the utter disruption of life as they know it) and they have left everything behind. Every move is hinging upon His voice. They’re in disbelief not because they don’t believe God is going to show up but because they’ve seen Him show up and they’re in disbelief that He is that good to them and to humankind. Life has been flipped outside down and now every step they take is dependent upon God’s next move not what they can frantically throw together.

“I will put a curse on people who trust in mere human beings, who depend on mere flesh and blood for their strength, and whose hearts have turned away from the Lord. They will be like a shrub in the desert. They will not experience good things even when they happen.
It will be as though they were growing in the desert,
in a salt land where no one can live.

My blessing is on those people who trust in me,
who put their confidence in me. They will be like a tree planted near a stream whose roots spread out toward the water. It has nothing to fear when the heat comes.
Its leaves are always green. It has no need to be concerned in a year of drought. It does not stop bearing fruit.”
Jeremiah 17:5-8

Living in “miracle land” is sometimes a sleepless one. It is often one that brings you to your knees in helplessness about your own self but in great hopefulness about the character of God. It is God’s name on the line so why not release your hands on what you can do and start allowing yourself the wonder and mystery of what God can do.

It is sad when a Christian lives within their means and personal reach and then decides to add simply the name of “Jesus” in the mix. It has to be all about Jesus and nothing about ourselves or we will deprive ourselves of seeing the miracle. It is all about the namesake of Christ.

Three years ago, I began the conversation of bringing about Deaf Young Life San Antonio into existence. Young Life staff was dreamy with me, supportive of me. The resources were not there yet and we did not even know where the deaf teenagers were. However, there were many people who tried to squash my God dream of the Gospel for deaf teenagers. They told me that I was not experienced enough, that I did not know sign language enough, that I did not understand deaf ministry until I read this curriculum or underwent this type of training. THANK GOD I listened to the dreamy encouraging voices of those who believed in the miracles of Jesus and not those voices who believed in their own capabilities and resources. Deaf young hearts are being brought to the Kingdom because I decided to live in the land of miracles and not having it all-together because that’s what I could handle. I believe in a God who can handle all things which means I will keep setting up my life for Him to show up and not for my own abilities. He is not dazzled by my accomplishments.